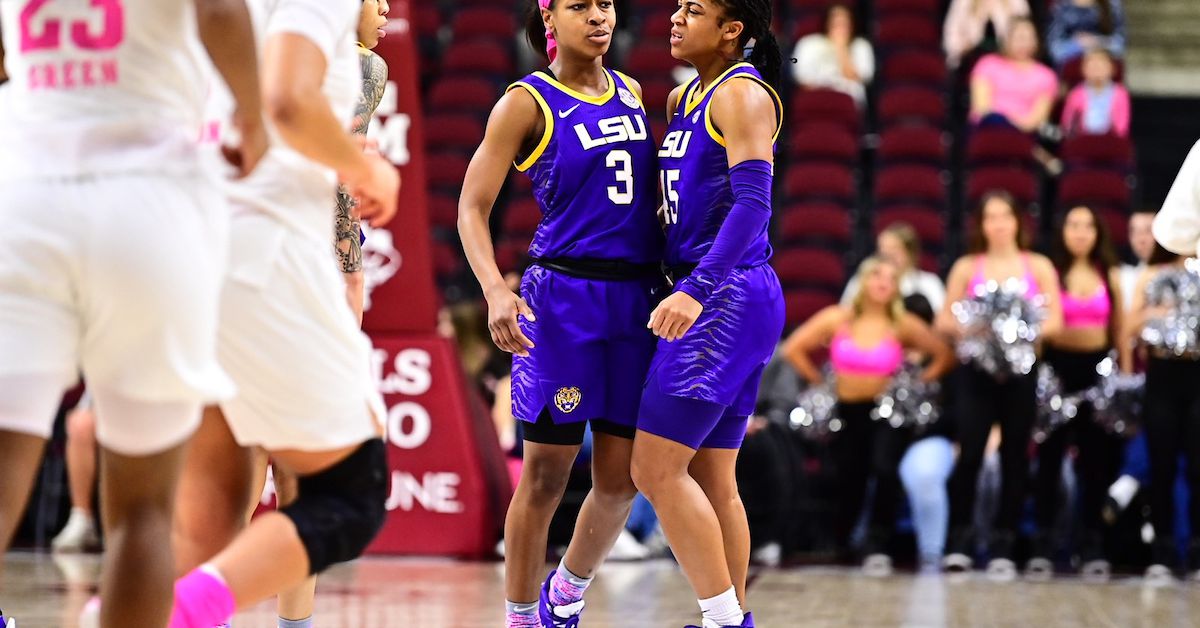 After losing back-to-back games the week of January 23, the LSU women’s basketball team is on a tear picking up its fourth straight win with a 74-58 win over Texas A&M Sunday afternoon.

The win improves LSU to 21-4 overall and 9-3 in SEC play. For context, LSU only won nine games all of last season.

Sometimes basketball just comes down to making shots and LSU made their fair of them hitting 42 percent overall, 5-9 threes, and 19-24 free throws.

Going up against her former team, Alex Morris had the hot hand scoring 25 points and went 10-16 from the floor. Her backcourt running mate Khayla Pointer also hung 25 on the Aggies and was able to get to the line 10 times. A&M as a team only took seven free throws.

The first half wasn’t looking good for LSU as the Tigers went into the break down six, but would outscore Texas A&M 47-25 in the second half. LSU shot 60 percent from the floor and got to the line 16 times while A&M could only hit 34.5 percent of their shots.

LSU will be back on the floor Thursday night as the Tigers put their winning streak on the line in Starkville.